A SARTHOISE story: It is in Pruillé l’Eguillé (Sarthe) that the company was born in 1958. The activity then consists in building agricultural machinery and, more precisely, tuber harvesters. The company then filed its first patents.

In the 1960s, the company expanded its production by developing a range of rotary hoes called ROTADAIRON.

In the 1980s, a selection grid was added and a new category of machines was created: the stone burying machines that would become the «ROTADAIRON».

In a short time, the ROTADAIRON stone burier became «THE REFERENCE» of soil preparers for professionals and thus entered into common language.

It all starts with a careful observation of the ground, the flow of material when the machine is at work and a willingness to look at the fundamentals. Then comes the search for the best design, by integrating the industrial techniques and materials adapted for each part of the machine – it is this search for perfection that allows us to offer our customers the most efficient machine.

By controlling its industrial processes internally, ROTADAIRON ensures its customers the best quality. It is our loyal staff, trained in our products that reproduce everyday the manufacturing techniques that ensure our motto remains the same «quality, since 1958».

From the stone burier to seed bed preparation

The use of a ROTADAIRON has many advantages: not only to bury stones and debris but thanks to the screen it prepares an ideal seed bed which is then levelled with the integrated blade. That is why, today, we use the term soil preparer for our ROTADAIRON.

A French leader, one of the international leaders

With its ROTADAIRON, the company thus becomes the French leader for soil preparers and one of the international leaders in the field of equipment for the building and maintenance of green spaces. 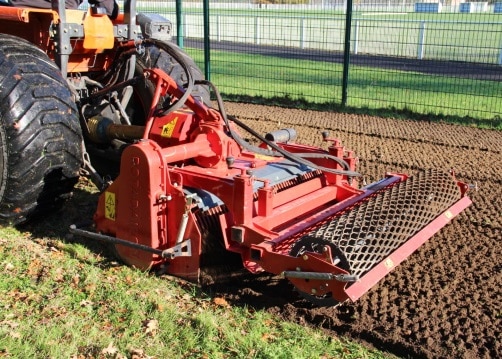 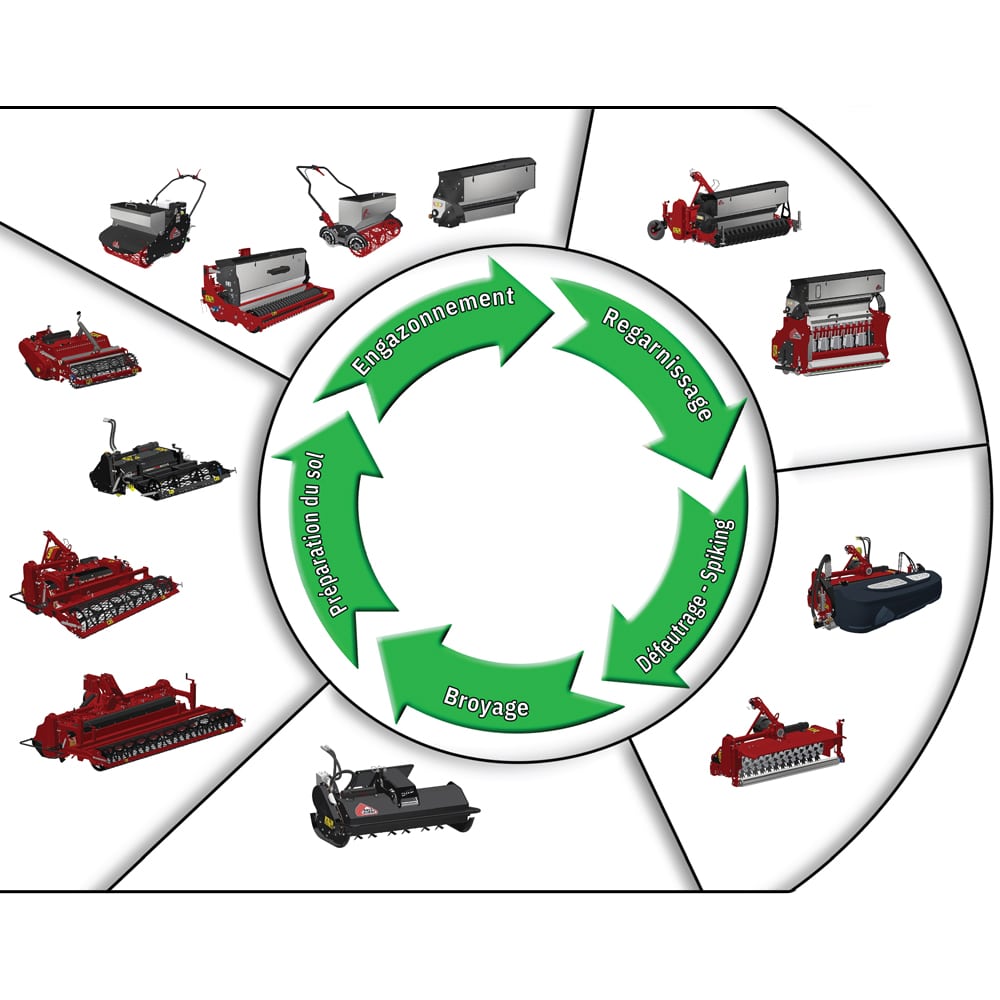 Extension of the product range: development of products for the maintenance of green spaces

From the soil preparation, the company develops a range of seeding equipment to meet the needs of all professionals: landscapers, turf producer but also for individuals use thanks to the rental companies.

The focus is then put on the maintenance of green spaces equipment: effective equipment for sports fields with unparalleled skills on the market in terms of flexibility, speed of change of wear parts are developed and meet a great success. A variant for the scarification of greens with the recovery of waste in a collection tray thus developed and still has to this day superior characteristics.

The development of equipment continues with the overseeding, with an evolution of the range in order to meet the needs of more precision from the users in the applications of sports fields as well as for golf courses. The company is once again innovating in this area by presenting machines with unique characteristics on the market.

Since January 2020, the company is integrated under the Benoit ETIENNE’s Holding, EHF. EHF is designed to hold industrial companies in specialty markets. Its priority is the sustainability of know-how and jobs in the region, and to give each employee the opportunity to develop his talents within the framework of an independent, efficient family business.

Select the fields to be shown. Others will be hidden. Drag and drop to rearrange the order.
Click outside to hide the compare bar
Compare
0
0
Your basket
Your Cart is currently empty.Shop
Continue